The Giant of Tarapacá is a Geoglyph of 119 meters long drawn on the northwest flank of Cerro Unita, 15 km from the town of Huara (Commune of Huara, Province of Tamarugal, Tarapacá Region, Chile), territory included in Atacama desert. It is believed that this Geoglyph was made by the inhabitants of the area in the late intermediate period, comprised in the chronological span of AD 900 to 1,450. C.

It is known that it represents a shaman or medical healer Yatiri, although it may also correspond to the Andean deity Tunupa-Tarapacá, whose legend says that he made a journey from Lake Titicaca to the Pacific Ocean. Regarding the deity Tunupa, it is noted that “Pachacuti Yamqui himself”, in his Manco Capac prayer, mentions Wiracocha as the creator of all things, adding that, in that first age of darkness, men lived in empty places and land shortage, territories were disputed. Then a certain Tunupa appeared, who came to establish balance and deliver peace between the different tribes, in addition to granting healing to their ills, in his role as shaman or Yatiri. 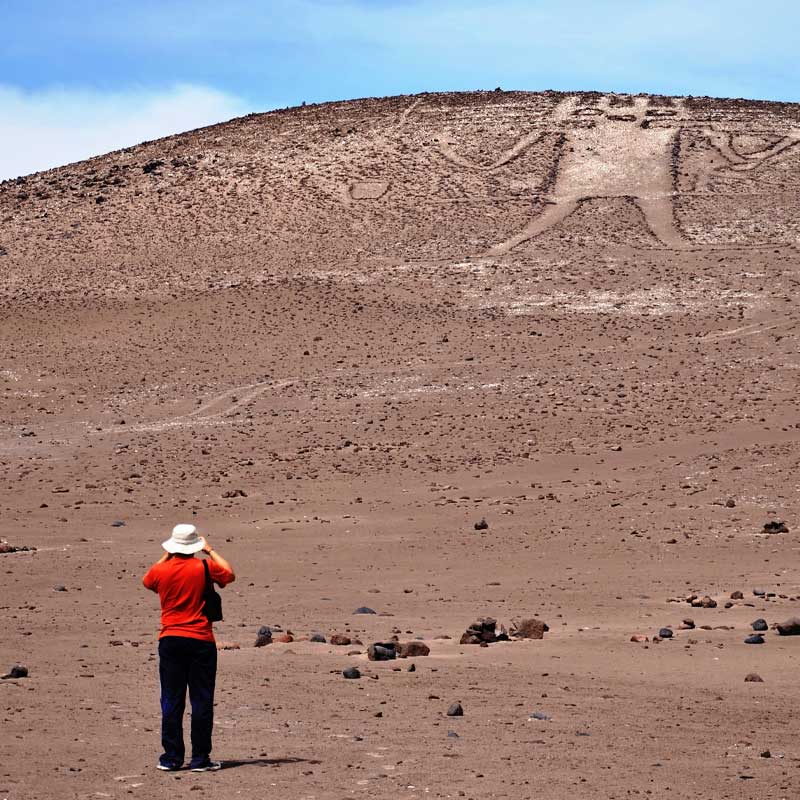 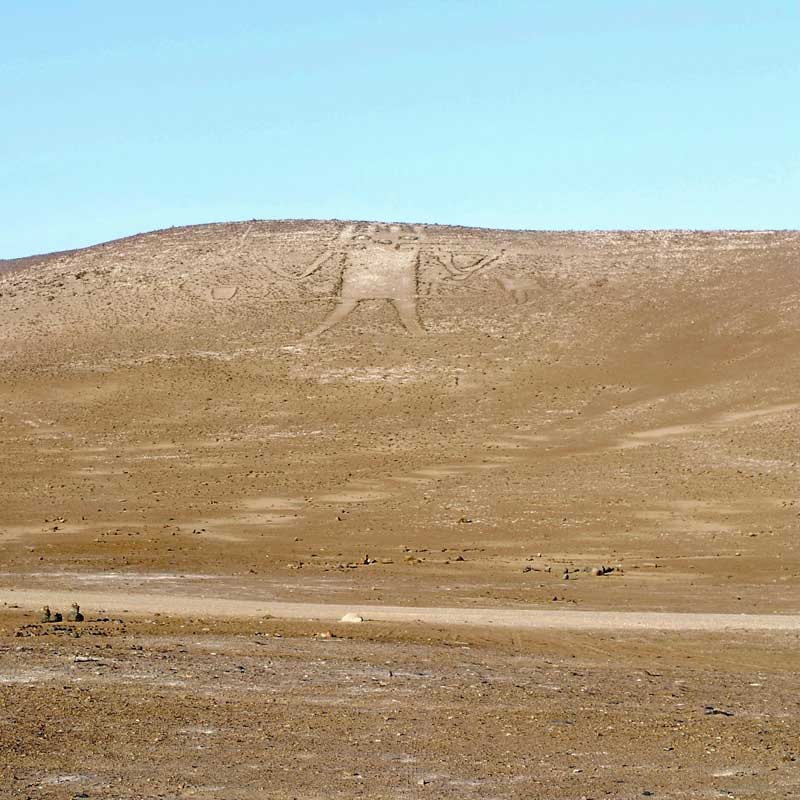 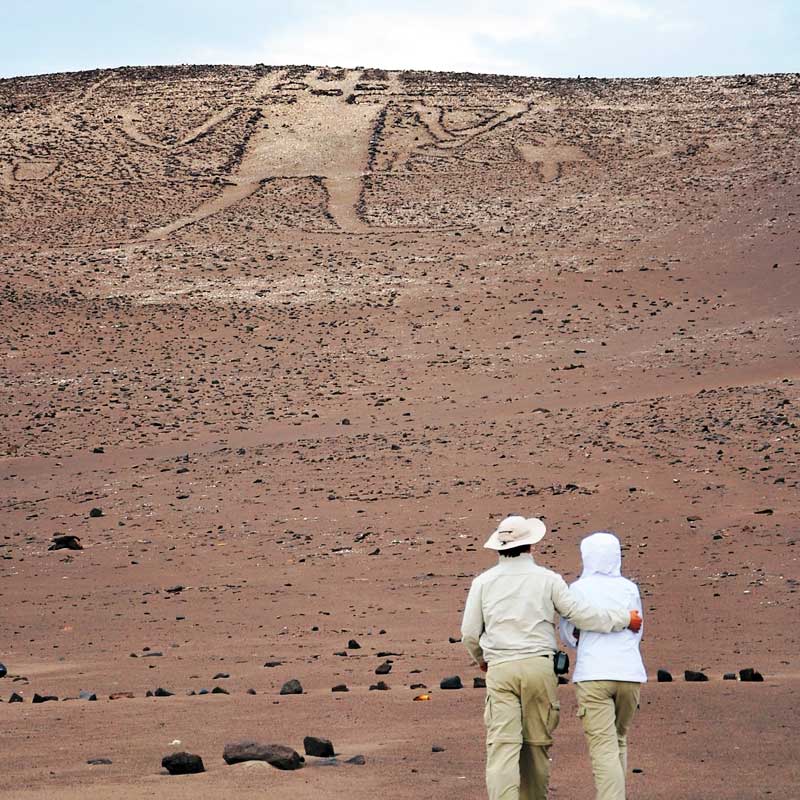 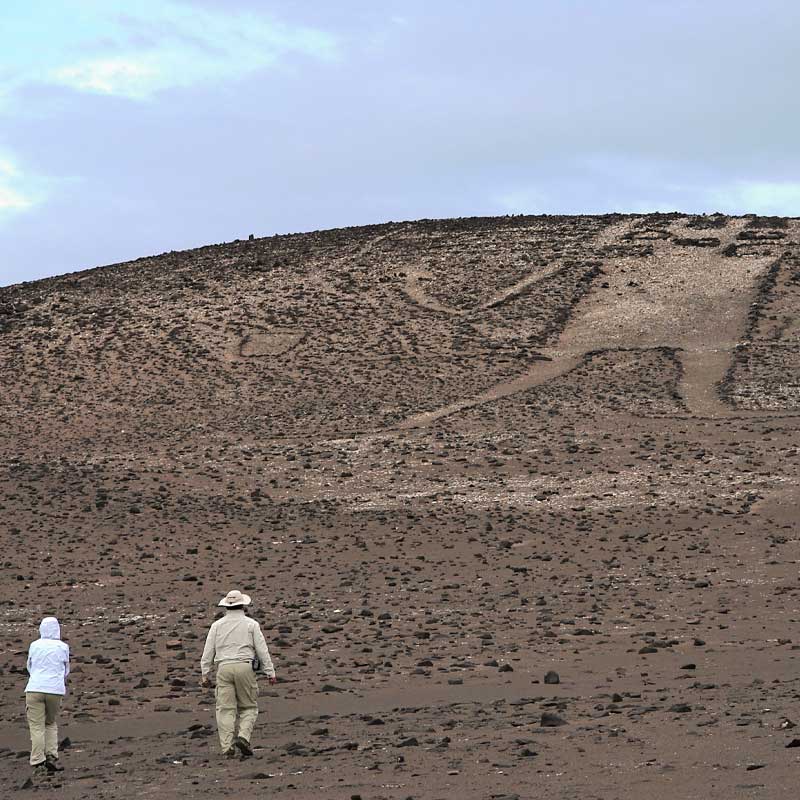