The Geoglyphs are gigantic stone figures engraved on the ground or made in a ground scraping system, that is, with sharp instruments of volcanic stone, the aborigines scraped the ground making the figures, which are about 10 centimeters deep and are dry over the years. According to historians, these figures were created in Pintados, because it was an area of Tambos, that is, of bartering, trade and religious ceremonies to their deities. The whole of northern Chile is strewn with manifestations of rock art. Hillsides and sides of ancient routes are guarded by snakes, vicuñas or llamas, geometric and human figures engraved in the stone.

The Pintados Geoglyphs Park is an archaeological site located at 1,035 meters above sea level, and more than 50 km from the coast, in the middle of the driest desert in the world. World Heritage Site, of high scientific interest that today is protected by the National Forestry Corporation – CONAF. It is the most prominent rock art site in Chile and the second most important in Latin America, as well as being the site with the highest concentration of Geoglyphs in the world. It is pre-Hispanic rock art dating from the 9th century AD of Christ. They are 94 km southeast of Iquique; located on the slopes of the hills of the Coastal Range, with an inclination of 45º, which allows their conservation without disarming the figures, which extend for almost 5 km; There are a total of 66 panels that include 384 anthropomorphic, zoomorphic and geometric figures, some up to 100 meters long. According to archaeologists, these Geoglyphs are related to artistic expressions, signs of routes or sanctuaries linked to the cult of deities and fertility. 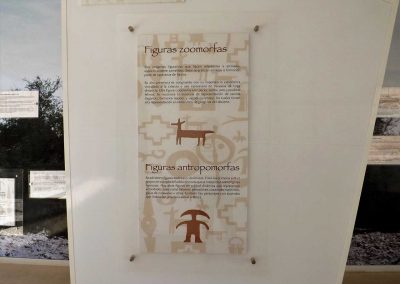 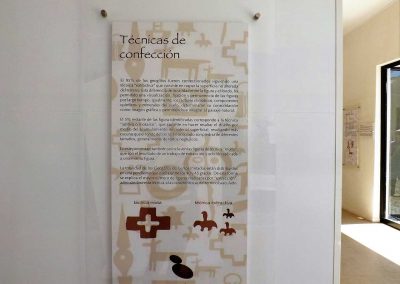 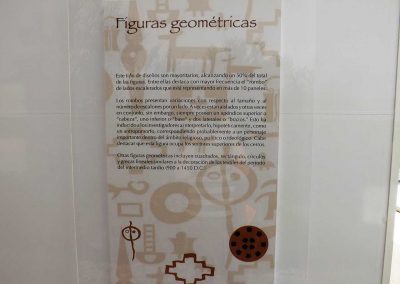 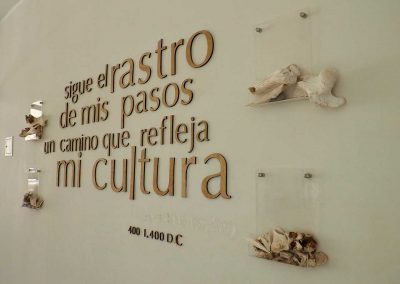 In the Park, you will also be able to see a museum with the history of the Geoglyphs and the description of their different classifications, and this museum an entrance arch to a 4 Kms Trekking path, with stops on explanatory panels in Spanish and English, from where you can see the Geoglyphs at a distance of 300 meters and take incredible photographs.

These and other Geoglyphs are a true mystery to archaeologists and scholars. Artistic expressions, road signs, shrines linked to fertility cults? Snakes related to the need to control water, a vital resource? The cult of the fox, respected for its cunning and intelligence? Signs for visitors from outer space?.

These Geoglyphs in particular served as a guide for the Inca caravans that arrived from the highlands and crossed the Tamarugal. Pintados has an extensive network of ancient trails, through which the llama herds passed and allowed them to cross the desert connecting the coast with the Andes mountain range. Therefore, it was also a place of cultural exchange between the aborigines of the Andes and the Coast, who exchanged their crafts, food, clothing and things from their lifestyle. The rhombus figures, frequent throughout the territory of Tarapacá, explain these routes. Other figures have a content of spirituality, typical of the Tiwanaku culture that prevailed in the Andes, at the beginning of the 6th century and the middle of the 15th century.

The Geoglyphs played a key role in these routes, as route signs, notices of approach to the aguadas, identifiers of belonging, ethnic groups or rites linked to the caravans. They can also be interpreted as manifestations of art typical of our species where recreation plays an important role. The Geoglyphs of Pintados were created in the middle, intermediate and late period, that is, between 500 to 1450 years AD.